Marinus Koppe founded this family-run business in 1910. The first greenhouse complex was in the heart of Ermelo, where the town hall is located today. Marinus ran the company along with 3 of his children. In 1974, the company relocated to its current location on Fazantlaan in Ermelo. Marinus’s son, Herman Koppe (Sr), subsequently took over. Following the premature death of his father in 1979, son Bert took responsibility on his own at a very young age. In a nutshell, a genuine family business passed on from one generation to the next. Bert quickly developed a passion for Begonias and decided to specialise in just these plants.

Over time, the facility on Fazantlaan became too small and a new property in Kootwijkerbroek was purchased. Initially, just the propagation of cuttings was done here. Later, breeding activities were started under the guidance of Mr Karper. It was during these years that the foundations were laid for the company’s present-day breeding success.

The company continued to grow. In 2009, the Kootwijkerbroek site was replaced by a modern, automated propagation facility in Aalsmeer. In 2013, the company decided to establish a propagation site in Portugal and thereby take control of the entire process. So now, most unrooted cuttings come from Portugal and are continuously matched with new parent material from the Netherlands.

M. Koppe BV, now with 3 branches and more than 3 generations under its belt, has weathered many storms and is one of the few remaining family businesses in the plant stock industry. Everyone who works at Koppe is proud of what we produce and the history of the company. Growth at Koppe is currently in full swing, with the company investing in ICT, technology and its employees. This is to prepare the management team for taking over the reins. 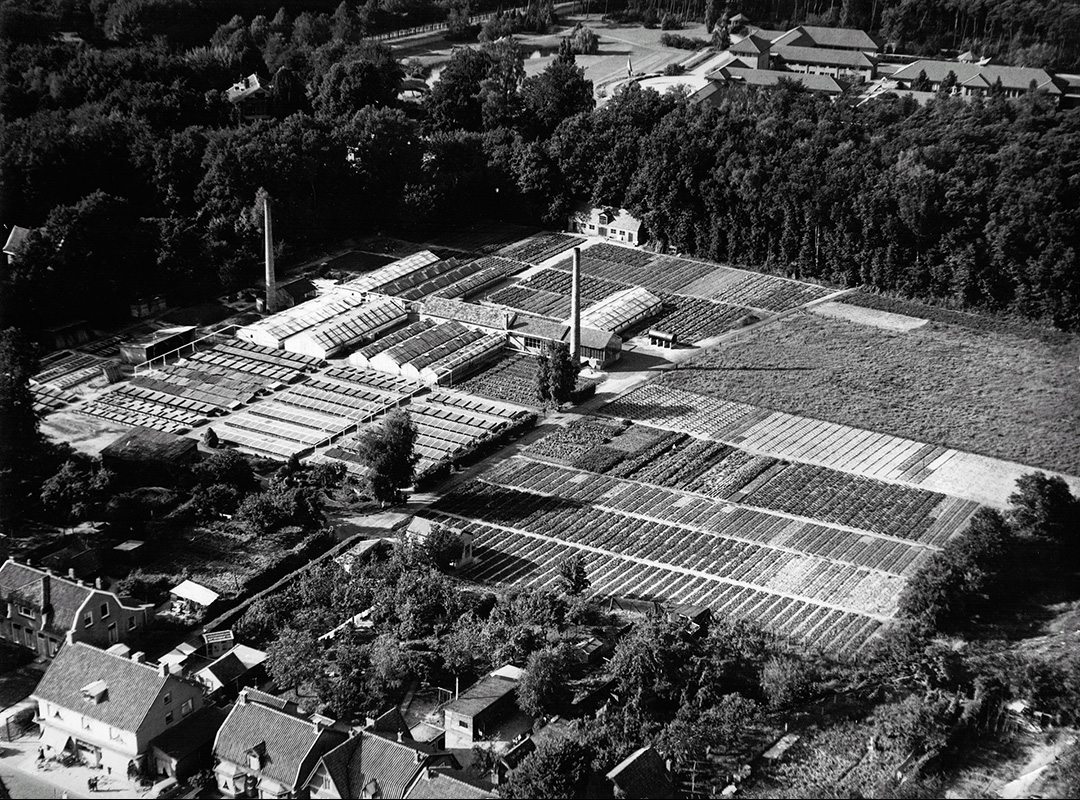 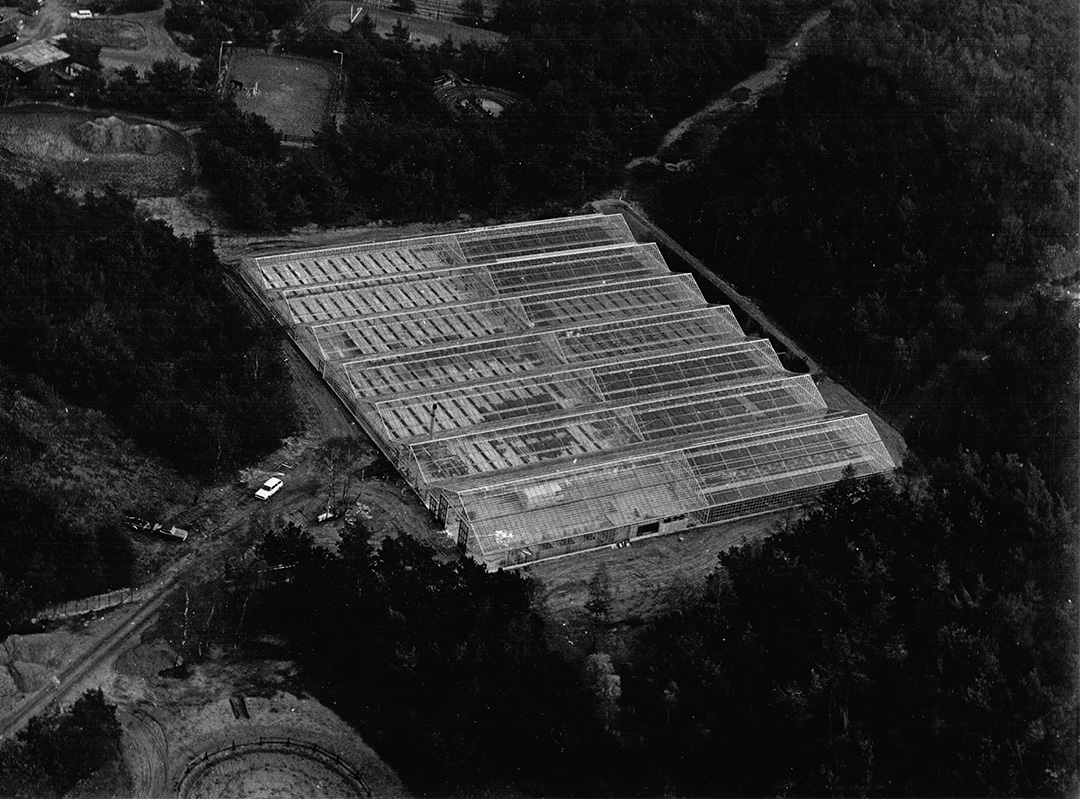 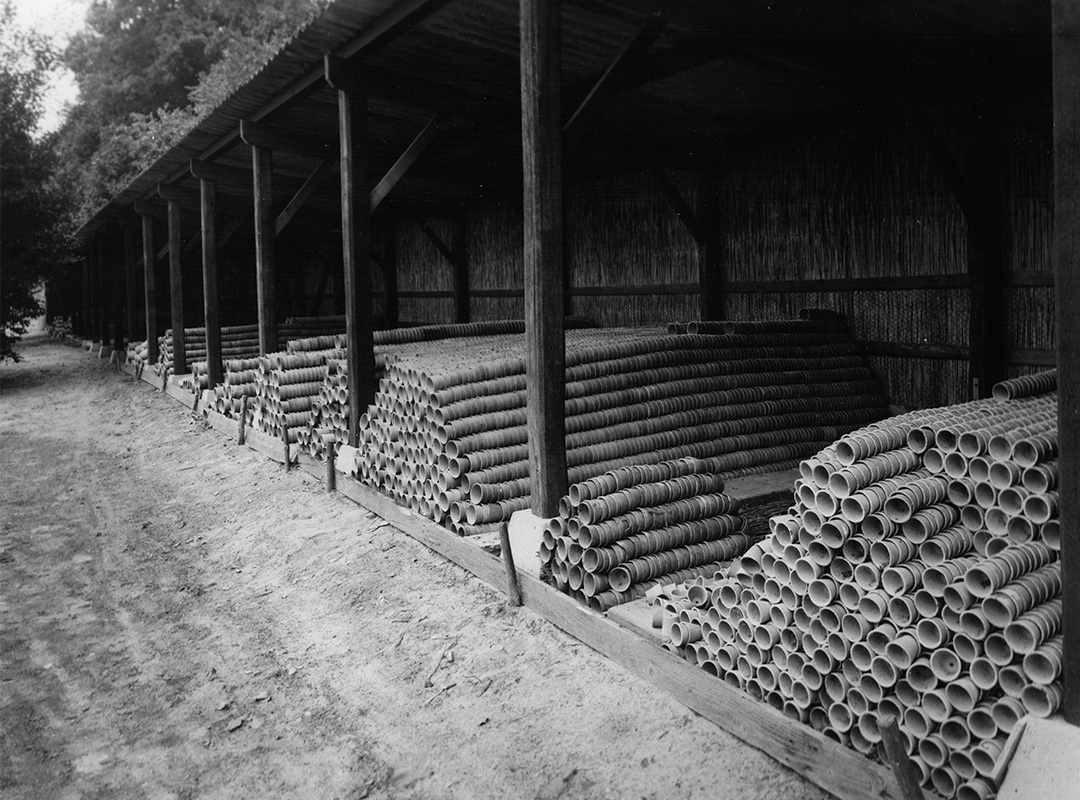 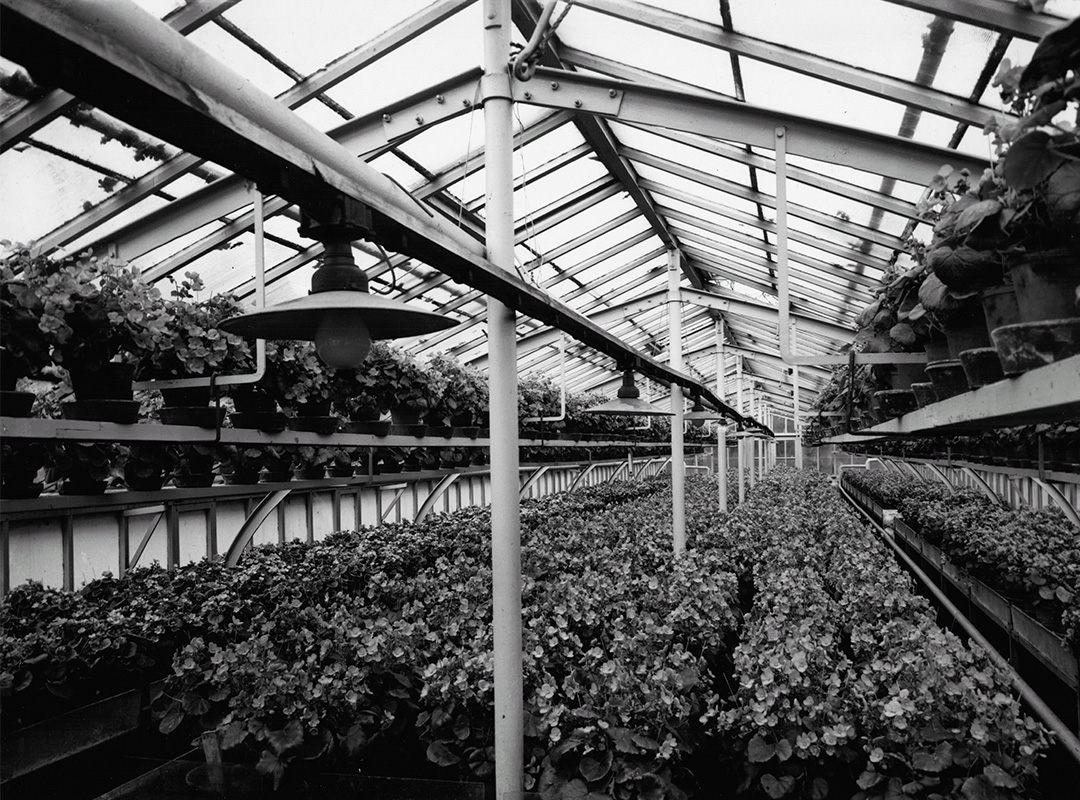 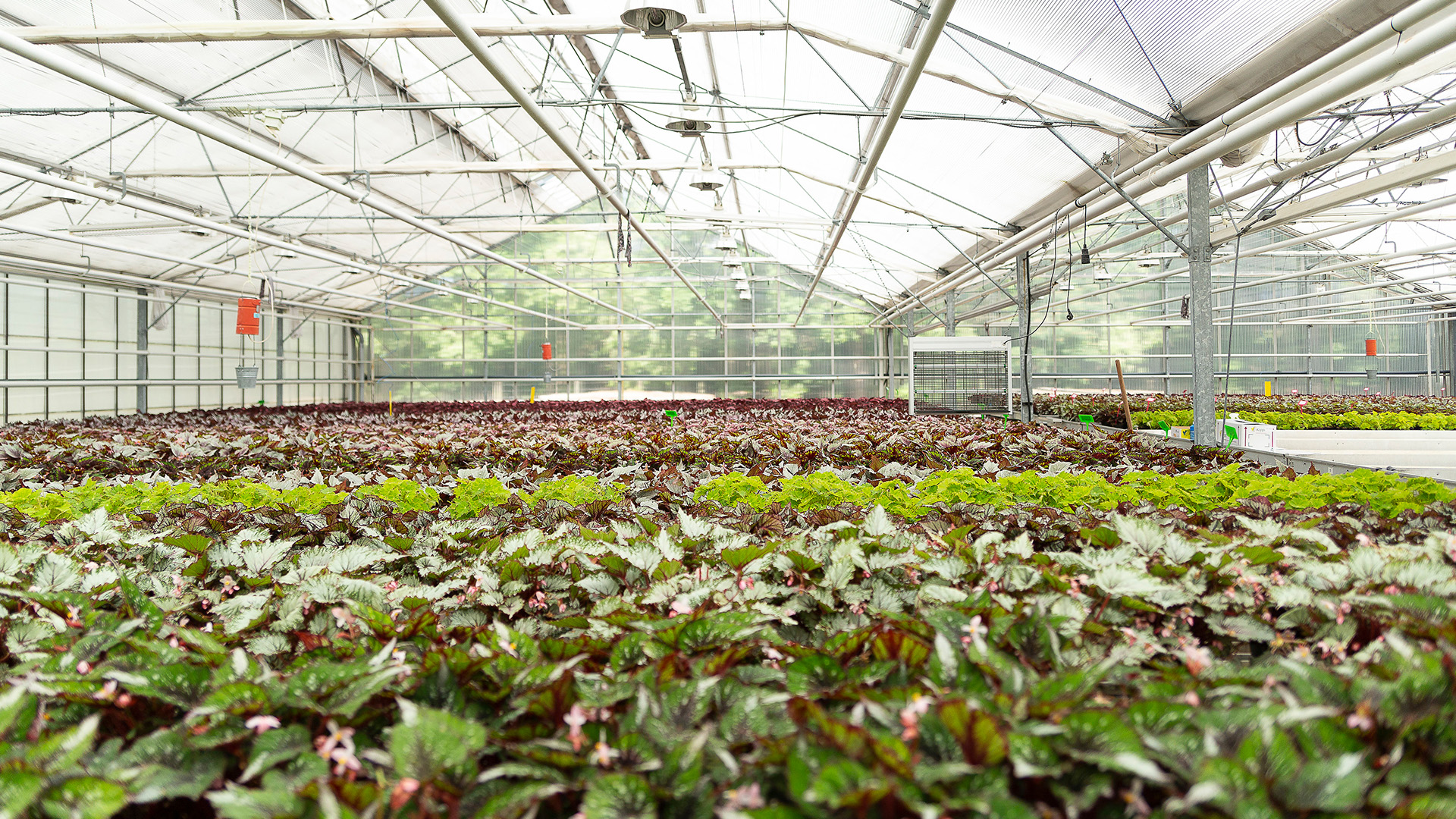 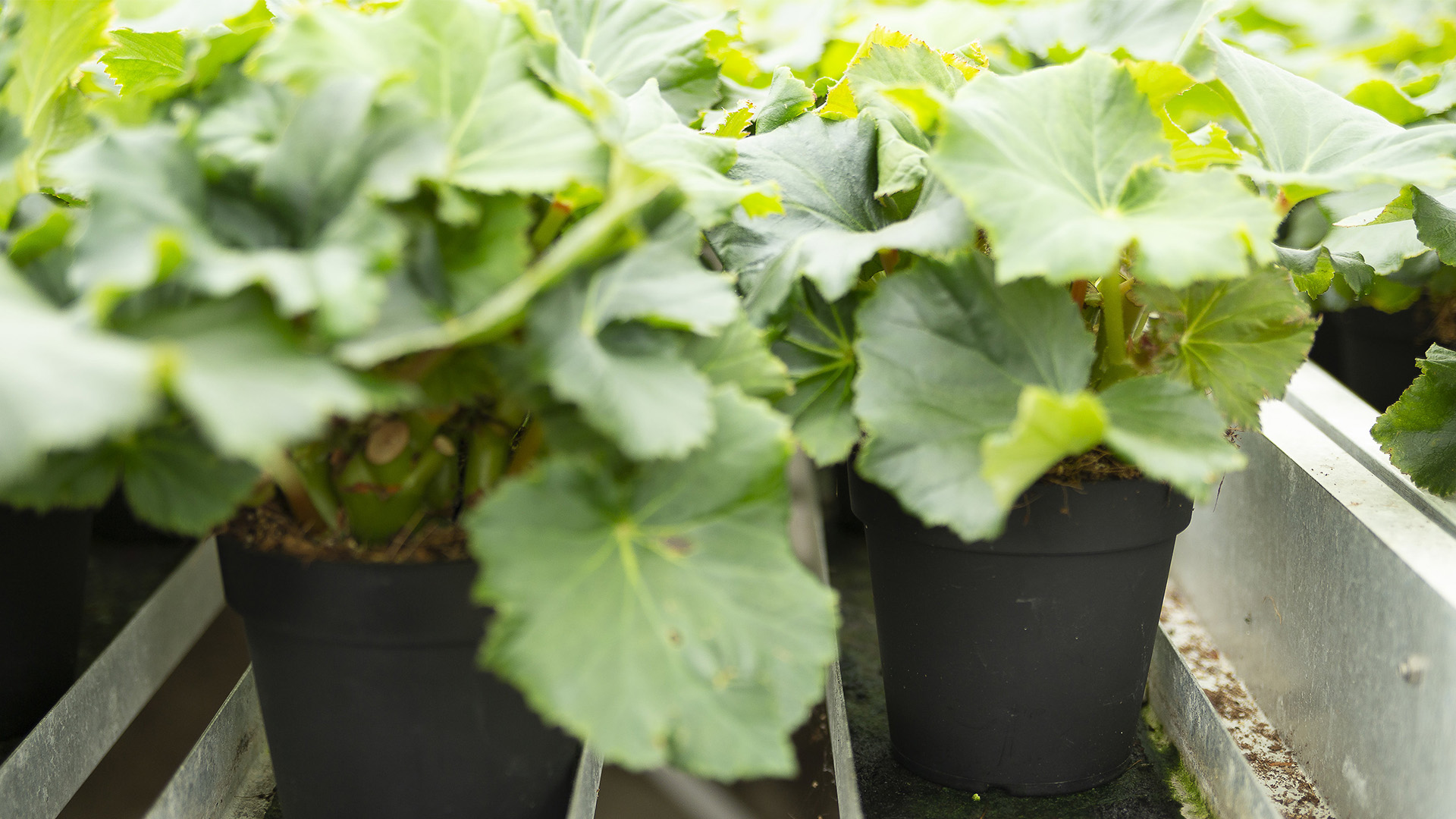 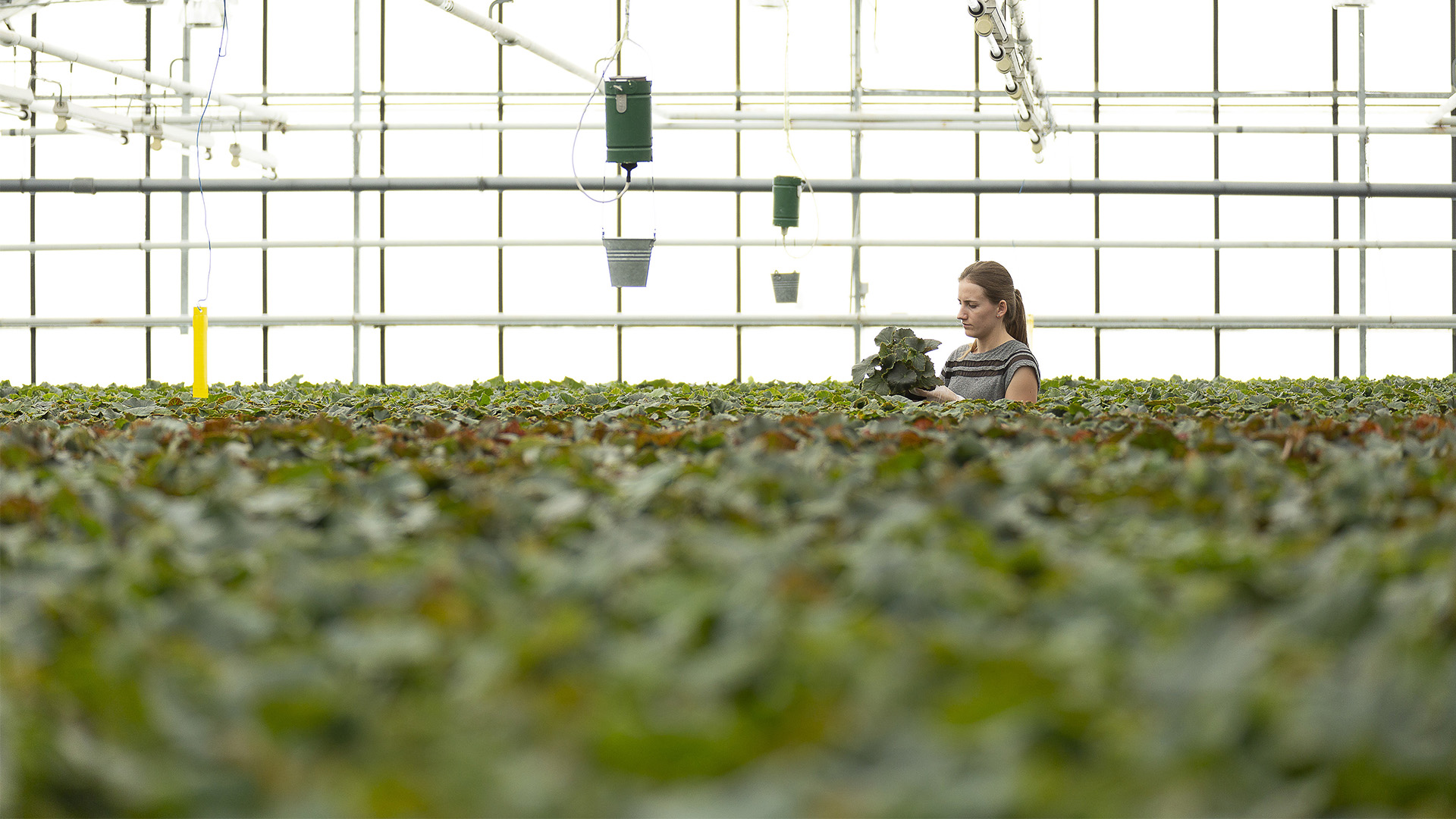 So that we can supply our international customer base, cuttings are taken with great care and attention by an experienced team. With more than 60 different varieties, mainly bred by us, we offer a large and varying range of top-quality products. Our parent plants grow in both the Netherlands and Portugal, with annual cloning selection ensuring a pure, consistent foundation at all facilities and for all our licensed partners. Daily attention paid to the plants and close interaction between our breeding specialists make sure that the parent plants are in a condition ideal for reproduction. Despite all the technology, our product is still natural and we are constantly looking for even better methods. This keeps us at the cutting edge! 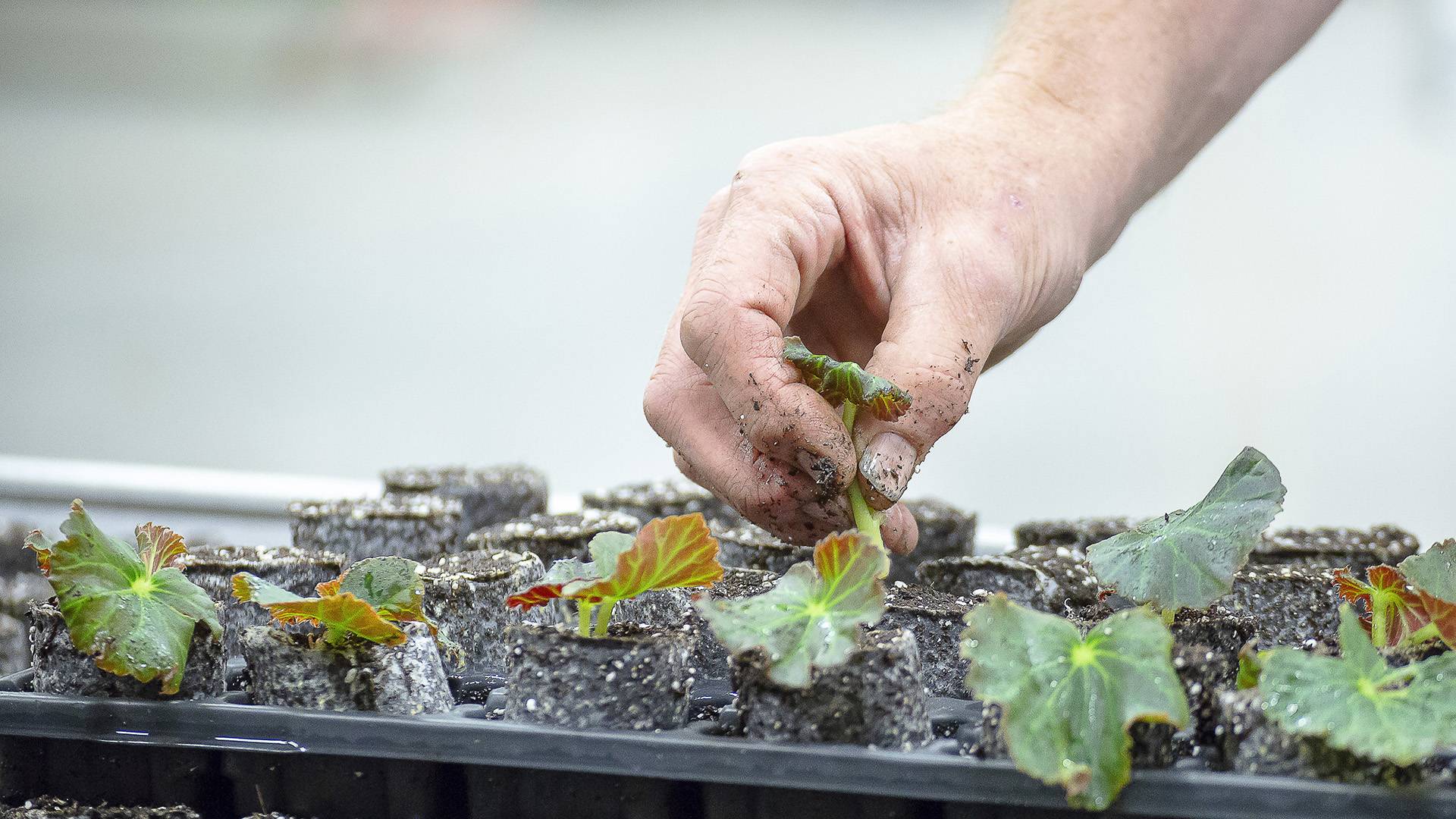 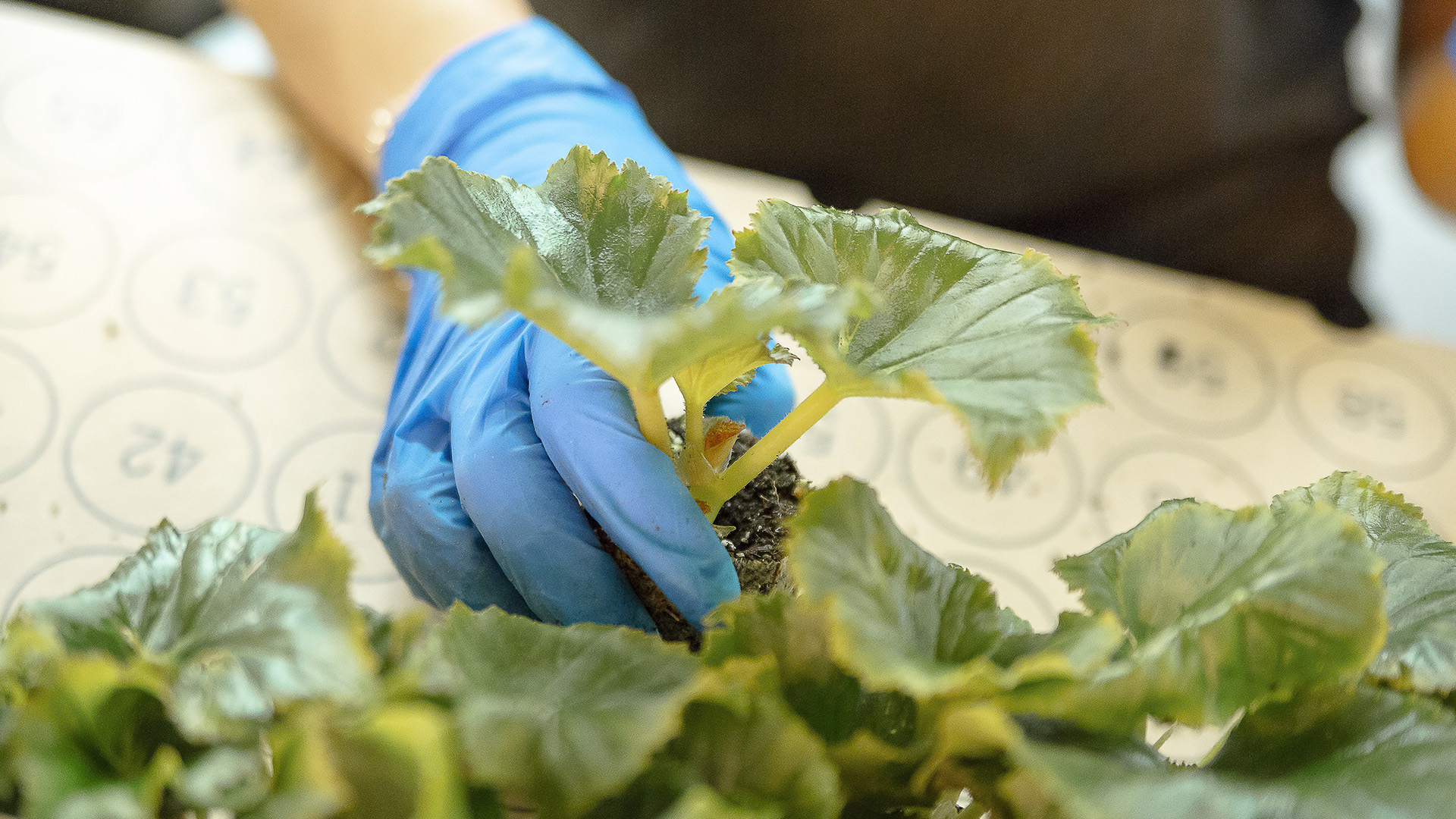 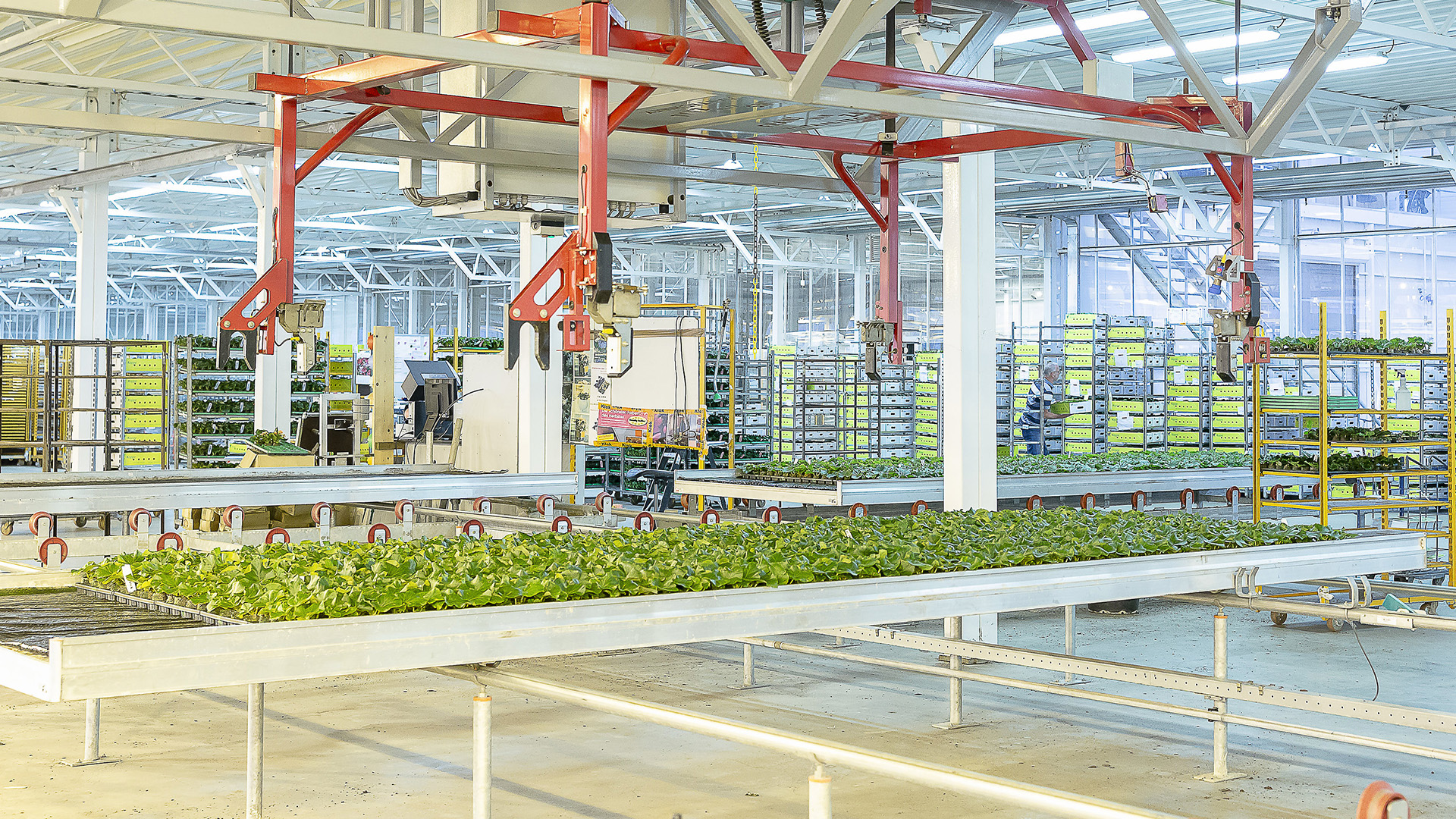 Every week, cuttings are shipped in and processed at our Aalsmeer branch. At this modern facility, we grow plants in multiple layers so that we can create products of the right quality and size on a year-round basis. Here, our motivated team sends out cuttings, either unrooted or rooted cuttings for propagation. Throughout its various phases, the propagation process is closely monitored by our begonia experts. Depending on variety and season, cuttings will have taken root after 5-6 weeks and can be packaged according to size and shipped to customers around the world. 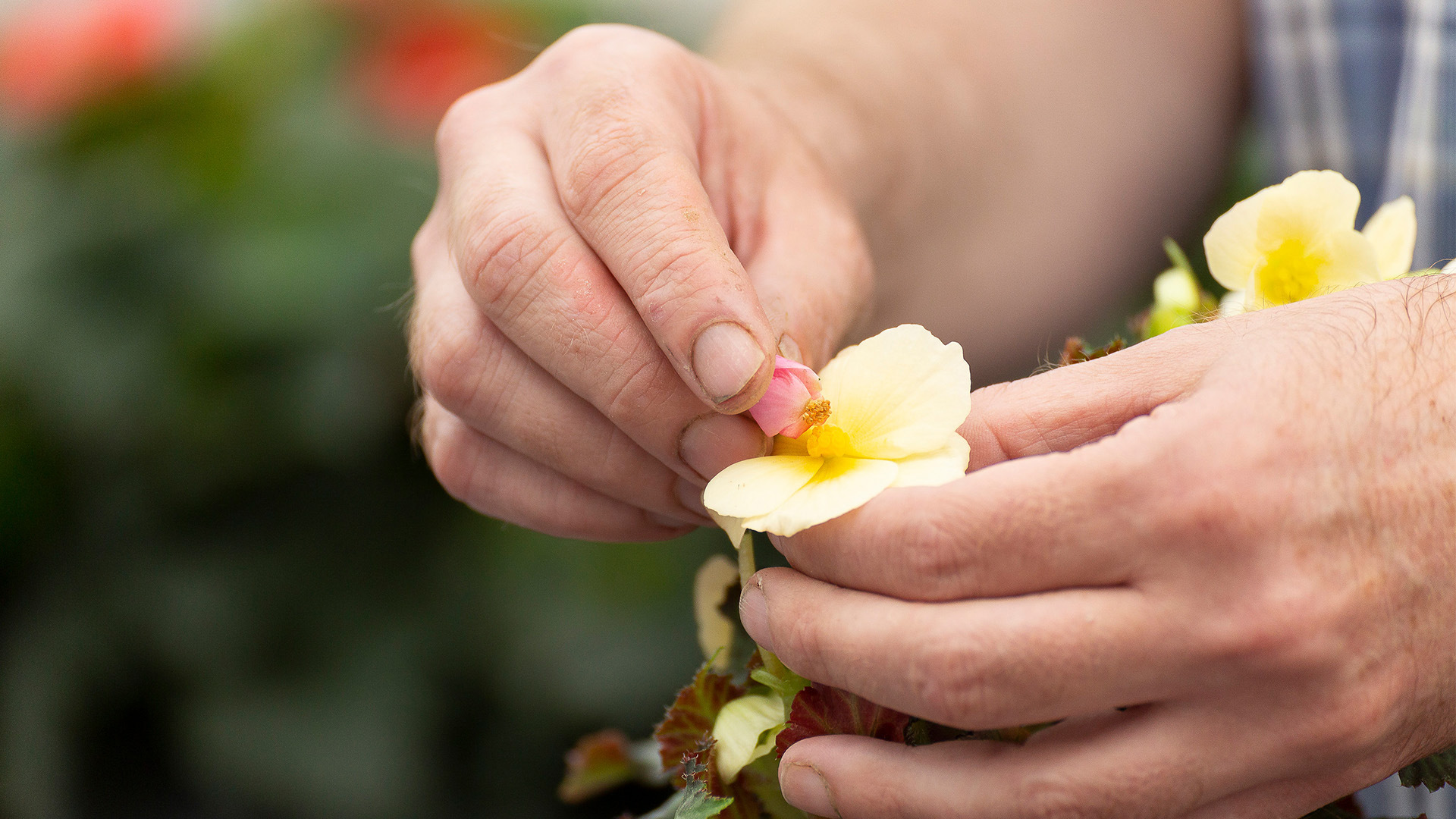 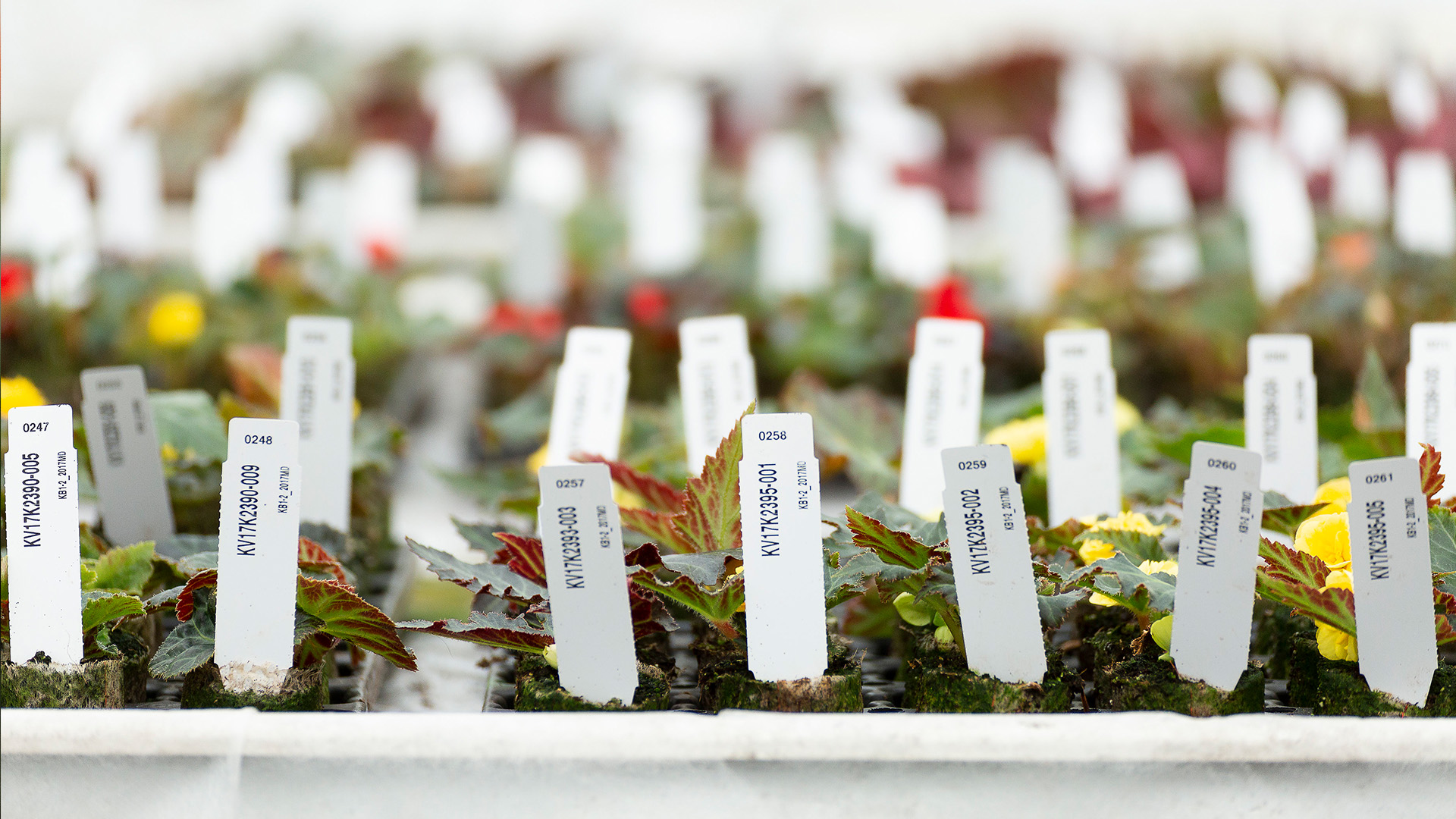 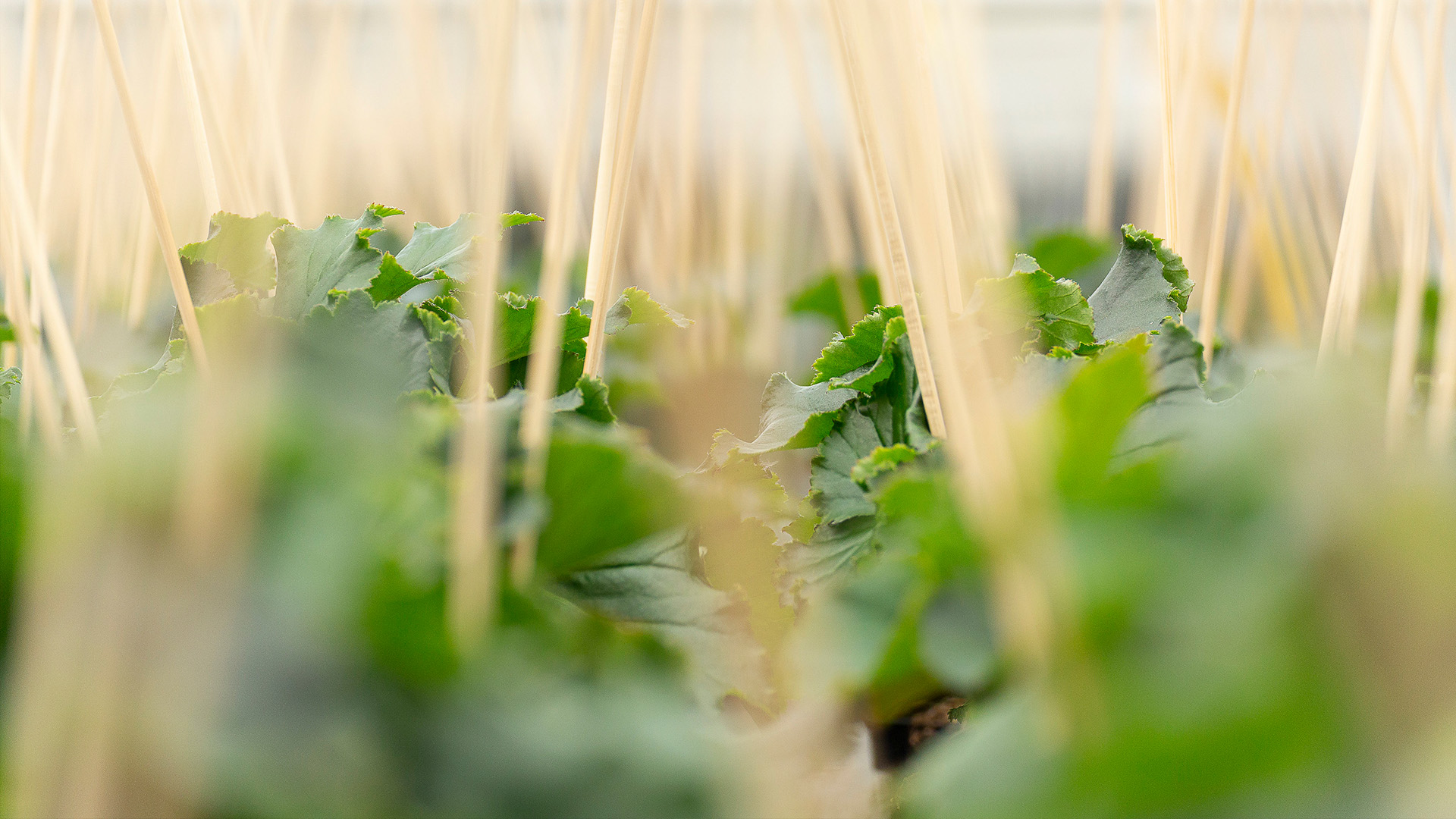 Since 1987, new species and varieties have been developed every year. Koppe Veredeling is a global leader when it comes to breeding the Begonia Elatior and leaf begonias for both indoor and outdoor display. Begonia breeding is a time-consuming and rigorous job. Our professional breeding team focuses on combining customer and market preferences with a product that can easily be bred and propagated. Attractive plants with a long lifespan that bring consumers lots of enjoyment. In addition, we constantly work towards improving and further developing our current range.

Koppe genetics can be found around the world and are represented on every continent, through direct sales on the one hand, and through licensed partners on the other. Betulia®, Barkos® and Beleaf® are lines that are familiar to virtually all begonia growers and dealers. The Belove®, Valentino Pink® & White and the stunning Adonia Pink® are new lines that represent innovation to both consumers and growers. 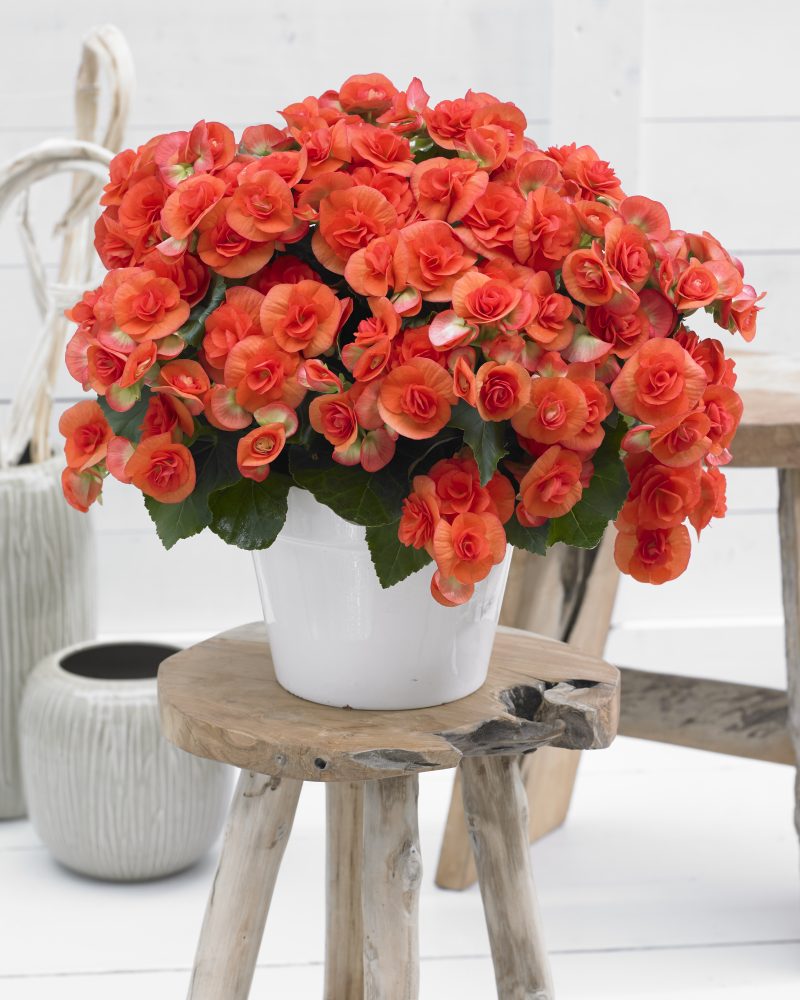 Koppe BV was established in 1910 with the intention of creating a thriving business with a passion for plants. Now in 2018, the company is thriving, has succeeded over the course of many generations and still has a passion for plants. Specialising in begonias was a conscious decision made so that the company could have a focus and make a distinct name for itself. Thanks to our many years of experience, we are good at what we do and are a reliable partner with which to collaborate. With consistent and well-rooted cuttings, we provide growers with the groundwork for a top-quality product. We consider it important to invest in long-term collaborations with suppliers, growers, distributors, licensed partners and our employees. And that is the foundation of our success.

We call ourselves the Begonia Specialist with very good reason. Koppe represents passion, quality, reliability and a desire to be the best! Koppe wants to be innovative and produce indoor and outdoor plants, the full bloom of which consumers can enjoy for at least 2 months. In this way, we surprise consumers and simplify the cultivation process for growers. Healthy and vigorously-growing plant material is crucial to achieving reliable results. Our passion for Begonias guarantees our future success, while Koppe also believes in the importance of socially responsible enterprise with sympathy for humankind and the environment.